The Amazon countries have a vast concentration of oil reserves. By their nature, depending on the phase at which they are found, extractive activities pressurise and threaten ecological balance and communities inhabiting the region.

Environmental damage from these activities includes soil, water, and air pollution, as well as changes in the distribution of species, among other impacts. Social impacts include migration, the establishment of new human settlements, and processes of social decomposition. The construction of associated road infrastructure facilitates access to natural resources resulting in additional environmental impacts.

Also, when drawing up policies for the extractive sector, measures for the prevention and mitigation of socio-environmental impacts are not sufficiently considered, nor are the investments needed to offset those impacts that, directly or indirectly, such activity generates in the region.

Map: Oil blocks in Amazonia
Oil blocks were classified according to the phase of the activity: under exploitation, under exploration, applied for, and potential. These last two phases, areas for which an interest exists but procedures have not yet been formalized, are the ones that generate the least impact. Those in operation represent the greatest impact. Oil blocks occupy 9.4% of the area of Amazonia. Most of these (369) are in the Andean Amazon (Bolivia, Colombia, Perú, Ecuador), home to numerous indigenous peoples, including some uncontacted or in voluntary isolation.

The region went from a concentration of 327 blocks of crude in 2012 to 369 in 2020, representing an increase of 13%. In territorial terms, a reduction of 350,184 km² in the extent of Amazonia under oil activities can be seen in this period. This reduction is related to the blocks in the potential category that, having no interested bidders, are eliminated from official databases as these are periodically updated.

Between 2012 and 2020, the Amazon region registered an increase in the number of oil blocks. However, in the same period, the area occupied by this activity was reduced, whatever the phase, although this does not necessarily translate into a decrease in these industries in Amazonia. 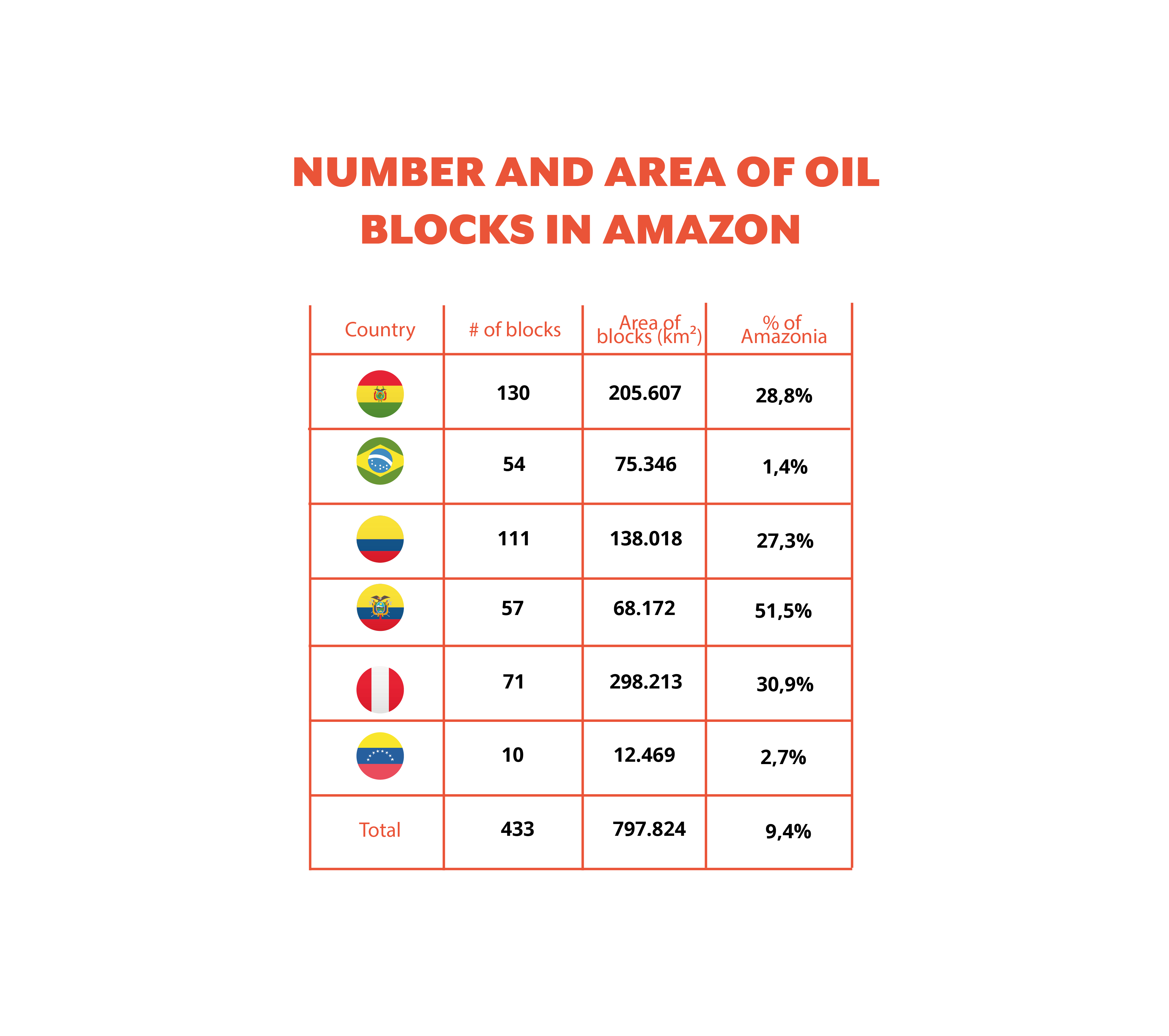 While Perú, Brasil and Colombia have reduced the size of areas under some type of oil activity, Bolivia and Venezuela have moved in the opposite direction. Ecuador is the country with the largest portion of its Amazon territory (51.5%) designated for oil activities.

In Perú, for example, in 2012 the 18 sedimentary basins with hydrocarbon potential located in Amazonia appeared on the official maps. Currently, these areas have been excluded. This does not mean that in the near future they will not be included again in order to be offered for intensifying hydrocarbon contracting and exploration. Something similar happens in Brasil where reductions in area occur when blocks go to auction and attract no interest and, as a consequence, leave the official database. 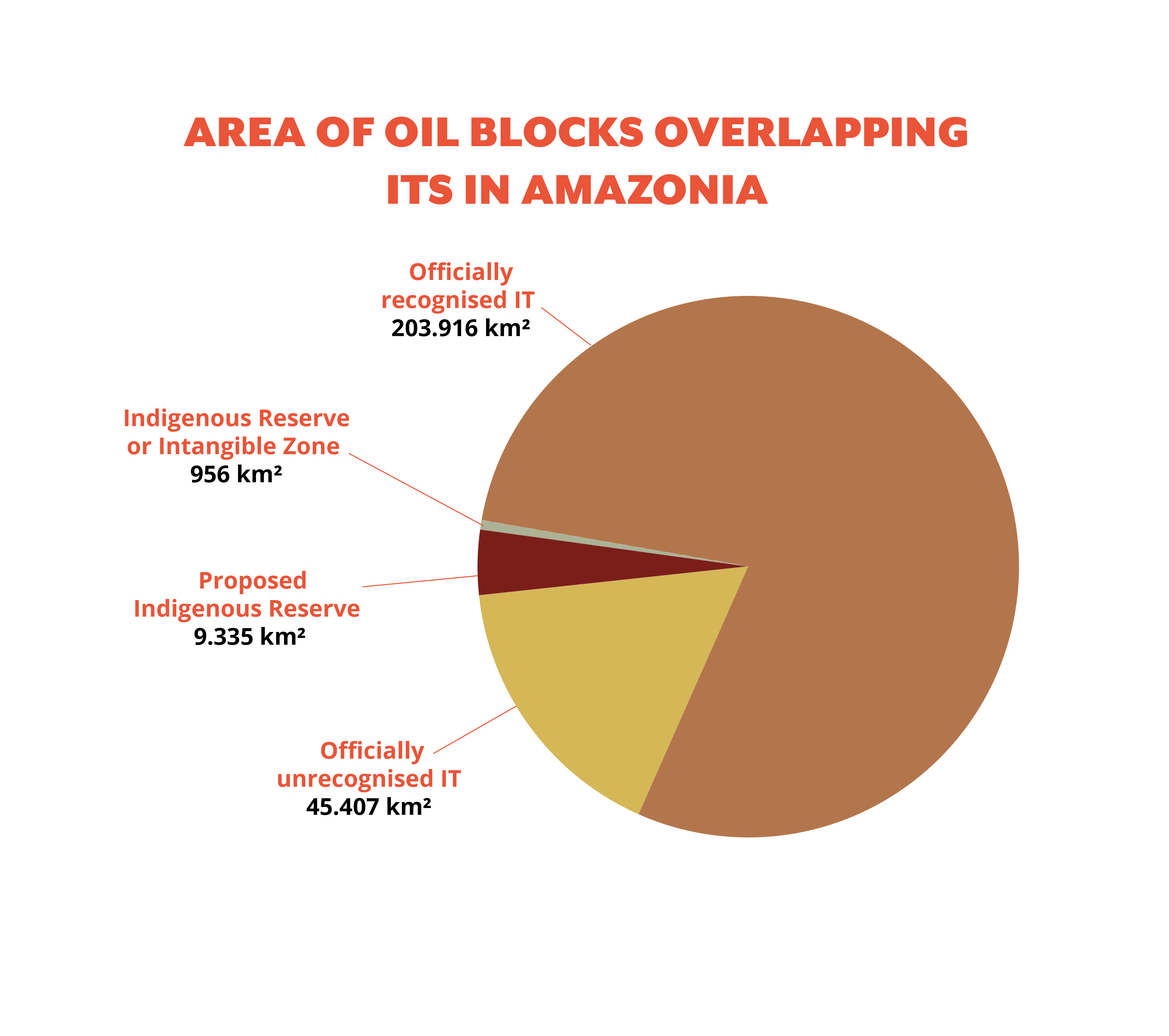 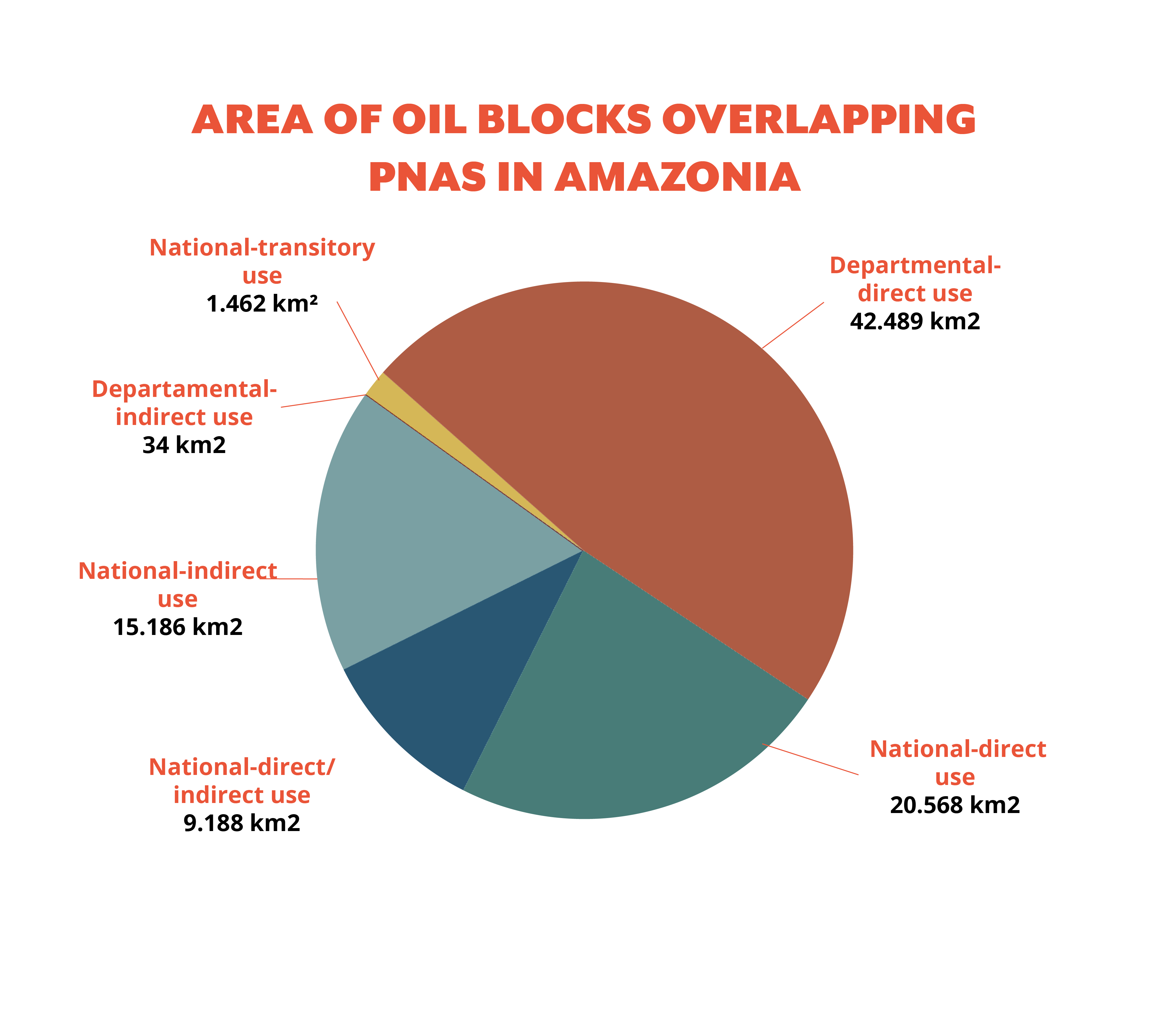