The increase in the price of gold in the international market in recent years has encouraged the expansion of this extractive activity, although so-called strategic minerals, such as coltan and niobium, constitute new incentives to exploit the region. More than one million square kilometers of its Amazonian area (equivalent to 12.8% of the mining areas of the entire Amazon) are devoted to legal activities in their different phases (potential, applied for, exploration and exploitation). 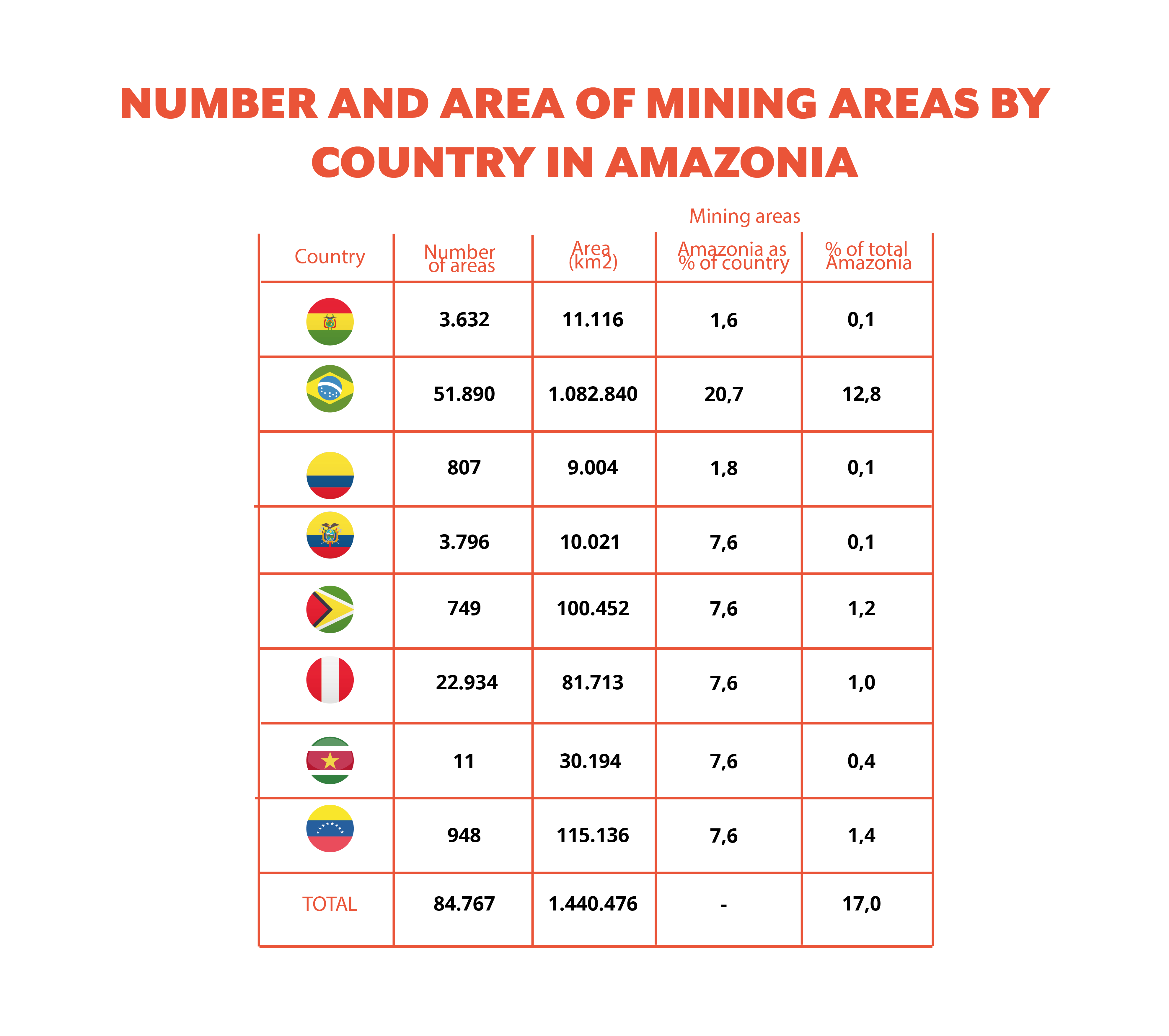 96% of mining takes place in four countries: Brasil, Venezuela, Guyana, and Perú, with Brasil the country concentrating the most areas of interest for this (75%) in the region. Mining, present in all the countries of Amazonia, affects 17% of the region, involving 1,440,476 km2, most of which (56%) is under exploitation and exploration activities. 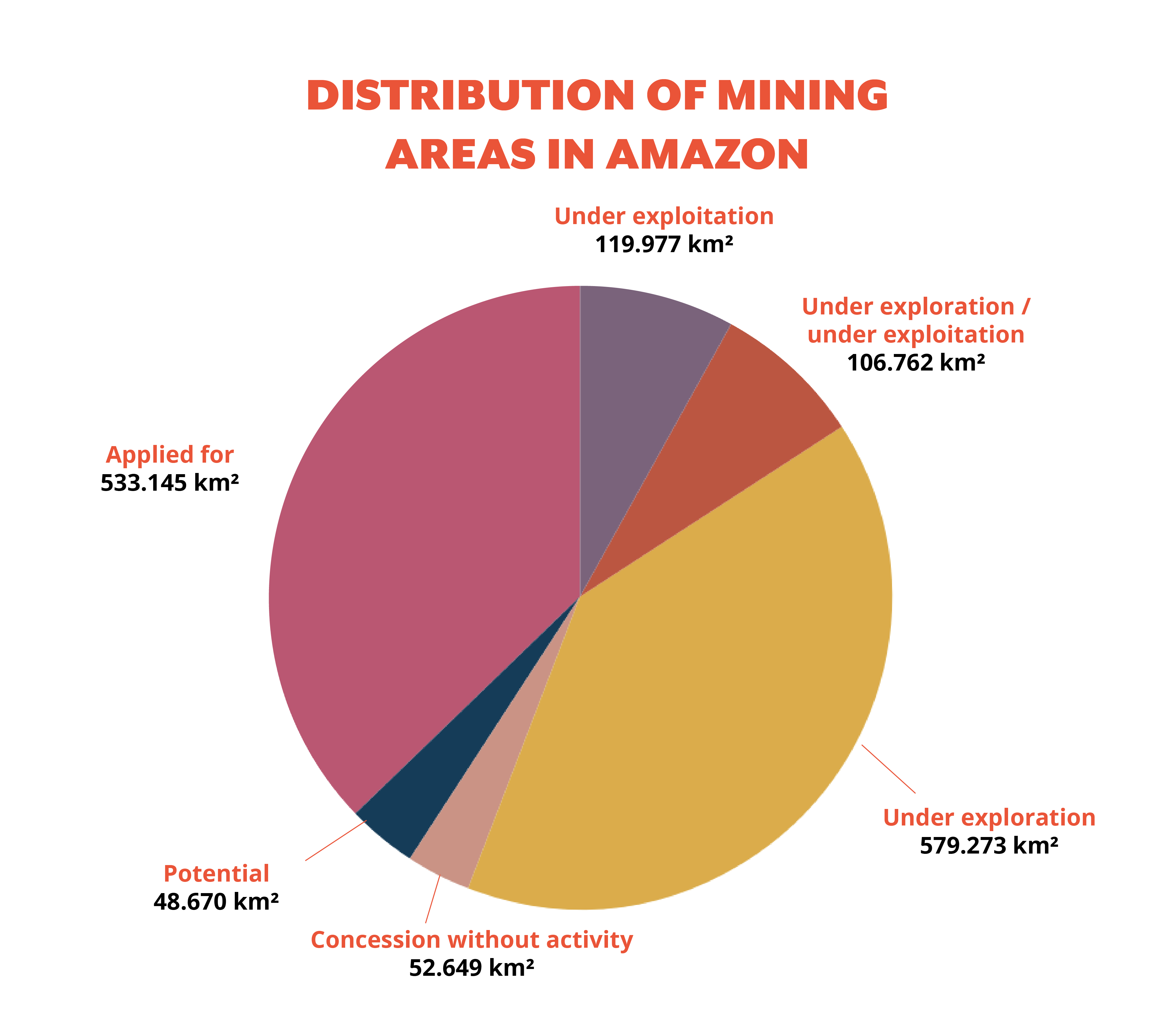 While Bolivia, Venezuela and Ecuador increased the number and size of areas under some phase of mining activity, Colombia, Brasil, and Perú moved in the opposite direction. In Colombia, this was mostly due to a process of cleaning up the mining cadastre that focused on application processes and verification of compliance with the legal requirements for this procedure. 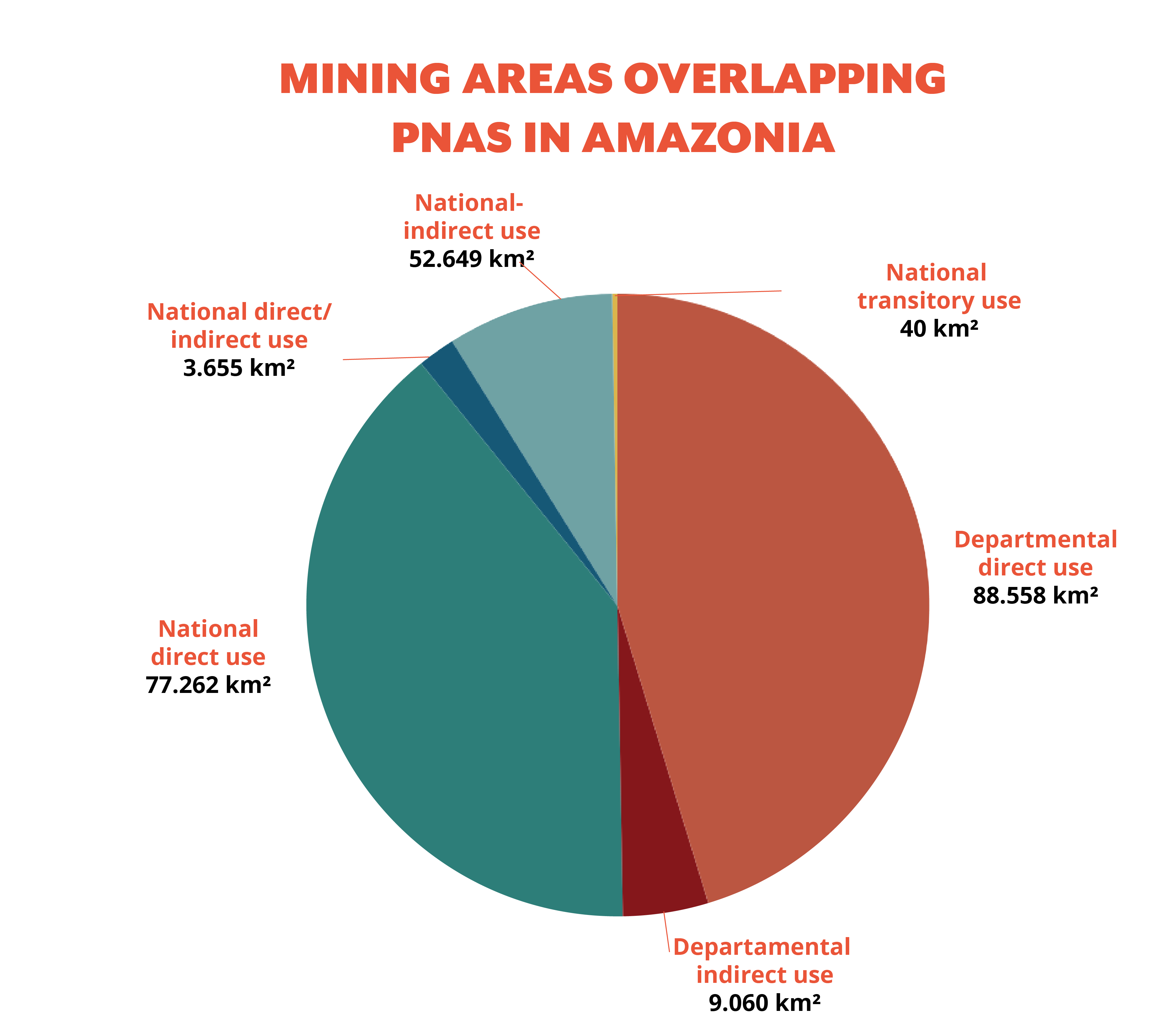 The growth of mining development in protected natural areas amounts to 9.3% (195,535 km2). The greater part of these mining areas (88,558 km2) is superimposed on departmental direct use PNAs. These are followed in importance (77,262 km2) by national direct use PNAs. 50% of mining areas that overlap PNAs correspond to the application phase (97,632 km2).
In the case of ITs, mining activity overlapping these territories corresponds to 9% (267,155 km2) of the area; the category of recognized indigenous territories is the most affected, with 85.8% (229,341 km2) of this overlap. Mining areas in the application phase show the greatest overlap, with 68% (182,076 km2) of the total.